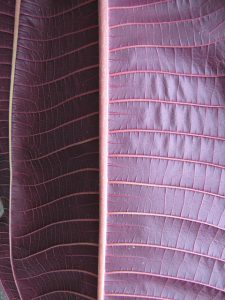 Is it possible for a research project to productively contribute to an already contentious public debate? And if so, how can this be done without simply reinforcing existing polarised positions? Our project (FLaG) considers the impact of different law reform models on sex- and gender-specific provision, on advancing gender equality, and on the meaning of legal gender status and its potential reform for the wider public. From the outset, the project has also been committed to organising a number of public engagement events, aimed at different types of audiences from activists, to policy experts and the wider public.[1] However, this comes at a time when there are strongly conflicting views about the role and nature of gender in the context of law. The current public debate seems to be strongly divided between those who conceive gender as primarily a source of oppression and domination and those who see gender as a private matter than can be determined on an individual level.[2] So how can we productively acknowledge these disputes without becoming part of them? Is it possible to draw on and incorporate into our project some of the arguments currently being made while still maintaining the specific focus of our project, which is situated beyond the current tensions?

While our project itself is focused on the issue of legal gender status more broadly, e.g. it considers the continuing relevance (or lack thereof) of having one’s sex recorded on a birth certificate, it takes place at a time of intense debate around the idea of gender self-determination. Over the last two years in particular, there has been an increase in tension and conflict between two particular perspectives. On the one hand, are those who argue that people should be able to change their legal sex/gender with little or no administrative and legal barriers, as gender is largely a neutral and personal concept. On the other hand, are those who argue that gender self-determination and its implications for women-only categories and spaces poses a potential detriment and even a danger to other women, and who argue that gender as a structure of domination is primarily oppressive to women.[1]

While the question of particularly trans women’s inclusion in women only spaces is not a new one, the conflict about this has only recently resurfaced as part of a new more controversial public discourse. Controversy has centred in particular on the government consultation carried out in 2018 about proposed reforms to the Gender Recognition Act 2004. Until this point, the Gender Recognition Act received little public attention, but more recently it seems to have acted as a catalyst for more intense conflict between the two perspectives set out above. As part of this a number of academics from various disciplines published an open letter in The Guardian arguing that they had been harassed on the basis of their research on trans issues and on their “gender critical perspectives”.[2] At the same time, legally speaking, there is a clear turn towards the idea of a legal gender framework based on self-determination. For instance, in November 2018, a majority of Scottish respondents to a government consultation even favoured legal recognition of those who do not identify with a binary understanding of sex/gender.[3]  Although FLaG is not a project focused on trans issues, this current debate draws on important questions relevant to our project. Namely, what role should sex and gender play in social and legal life? What is the relevance of existing attachments to gender? What consequences might arise from legal changes in this area?

Due to our project commencing during this intense and polarised debate around the Gender Recognition Act consultation, we were acutely conscious of the fact that there was a potential for our project to be misconstrued as explicitly “taking sides”. However, our project was conceived in 2015/2016, long before the government announced its review of the Gender Recognition Act and public debate about trans issues intensified.  This was a debate we hadn’t anticipated engaging in. As the conflict about the legal recognition of gender has become more heated, it has become increasingly apparent that there is little space for productive interaction for people with diverging viewpoints. [4] Therefore, part of the challenge for our project is to think about to what extent we want to support, engage with, respond to, or perhaps even challenge prevailing perspectives.

Thinking about this ongoing conflict also raises the question of what the role of academic research, and especially feminist research, is in terms of engaging with wider social debates. Should academics be neutral observers? Vocal activists? Or something in between? And how is it possible to usefully contribute to a conflict that has risen to the level where police or court intervention has become ever more frequent?[5] In response to conversations we – as a project team – have had with people not involved in the project, one theme that has emerged is the lack of space for productive discussions beyond the current tension. In response to this, we have been organising events, particularly events with a feminist focus, that seek to provide a space for an open exploration of some of the themes emerging from the current debate.

Of course, part of the challenge of organising events like this is how to move the discussion beyond the currently polarised standpoints.  As such, the focus for our events was partially to move these conversations away from more contentious virtual settings, but also to provide a more neutral starting point for conversation. These events have been attended by a diverse audience, mostly women, consisting of members of the public with a background of working in this area or just a wider interest in the topic, undergraduate and postgraduate students from law and other disciplines, and academics. These events have included short presentations outlining some of the themes emerging from our project so far, as well as the key issues most relevant to the current public debate. However, the main focus of the events has been an open discussion for all attendees. Part of the challenge in setting up these events was thinking about to what extent attendees were already familiar with the most common positions and “talking points” on this topic and how we could move beyond this to think more broadly about the challenges of reimagining legal gender. As such, we suggested that the discussion could be based around key themes, such as the relationship between gender and social life, the extent to which gender has become a “private” matter, and whether critical and more optimistic accounts of gender can coexist.

In order to enable a free but also productive discussion, we asked attendees to fully commit to the “live” discussion, instead of sharing details of the discussion on social media while the event was ongoing. The discussion was moderated to ensure that all participants were able to share their views. We were also conscious of the fact that we had to strike a balance between encouraging an open discussion, while at the same time ensuring that attendees felt safe and welcome within the space we had created. Especially as we had been approached by several prospective participants prior to our first event who shared their concerns or previous negative experiences of having participated in conversations around this topic. What emerged from the discussion was the challenge of moving beyond legal categories: How can (or should) law and organisations define terms like “women”? How can we accommodate competing or conflicting understandings of key terms within social and legal spaces? What do umbrella categories like “LGBT” produce or what do they erase in terms of ongoing struggles over meaning and inclusion? To what extent are current tensions over exclusion caused or exacerbated by a lack of resources for third sector organisations? Does the current debate ignore collaboration, solidarity and similarities in favour of focusing on conflict? What is gained or lost if we move away from the current status quo? What change would need to happen to make the current debate less polarised?

Overall the discussions have seemed more productive and less confrontational than other debates about these issues that are currently taking place primarily online or via popular media. While we had not imagined hosting such events at the outset of the project, it has nevertheless felt productive to us as researchers as well as to attendees to engage in these debates.  Indeed, several attendees suggested that more such events were needed in the future, in order to consider how the issues affect specific demographics, like students or younger people, or those based in different geographic locations.

Our project is intended to be a prefigurative law reform project.[6] As such we are interested both in what happens when non-dominant understandings of gender are enacted as if they were already widely accepted, but also what happens when we think prefiguratively about law reform itself and focus on law reform options that are not yet on the table for discussion. Taking a prefigurative perspective means taking seriously and exploring the ways people deploy gender that fall outside the current mainstream. This allows us to intervene within the wider debate by positing perspectives that have become neglected or overshadowed, for instance a more societally-centred account of how gender is constituted rather than perspectives that primarily foreground and focus on the role of individuals or groups/classes in this process. At present these existing or historical practices are largely ignored within a wider public discourse in favour of a binary focus on either self-identification or the unproblematic acceptance of state sanctioned identification, which precludes imagining any alternatives. Embracing the consequences of this also involves an element of (re)making the project with active participants in public engagement fora. Therefore, providing a space for discussion and engagement with more radical approaches to both gender and legal reforms and treating them as equally important compared to existing policy or legal approaches seems particularly important. For instance, those that include other types of oppression and precarity within their focus have vital contributions to make to more fundamentally thinking about different ways legal personhood can be conceptualised outside the current framework

Hosting events like this is very productive for us in thinking through and beyond the existing dichotomies. Especially at a time where much of the existing debate is focused on one very specific issue situated within a specific historical moment, it seems useful to have discussions that seek to explore how we can move past this. These events also provide a valuable space for bringing attendees with different perspectives into conversation with each other, in the hope that such conversations can continue beyond the events themselves. Over the lifespan of this project, we plan to host a further number of such events aimed at different audiences and demographics.  This will enable us  to more fully engage with a variety of perspectives on the issues raised by our project.

[3] The Scottish Government. November 2018. Review of the Gender Recognition Act 2004: Analysis of responses to the public consultation exercise – Report. Edinburgh.