The Future of Legal Gender and the Challenge of Prefigurative Law Reform, 9 March 2022 (online). We hosted a a concluding academic workshop to discuss our key findings and the broader promises and challenges of prefigurative law reform. Project members  gave papers on their strands of the project, alongside a paper by Prof Amanda Perry-Kessaris on socio-legal design, and a roundtable on ‘Naming Inequalities in Law’.

Abolishing legal sex status: A help or hindrance to gender equality? 24 March 2022 (online). We hosted a public webinar to present our key findings and explain what the law could look like if people’s sex and gender, in Britain, was no longer registered and accorded legal status.

Decertification: What can removing sex from legal personhood do? 10 November 2021. Keele University (online). Davina Cooper and Flora Renz will speak at the GSL Kitchen Table on the challenge of researching gender politics in the present climate; contemporary conflicts over gender-specific provision in the domestic violence arena, and the methodological value of prefigurative law, which acts as if a future imaginary legal proposal was already on the law reform table.

Acting as If: Prefigurative Politics in Theory and Practice. 23 October 2021. Davina Cooper was a keynote speaker at this workshop on prefigurative politics hosted by the Institute of Philosophy of the Czech Academy of Sciences with a paper entitled ‘DIY law reform: Gender politics and the challenge of experimental law’.

The Future of Legal Gender: What could decertification look like? 28 June 2021. Flora Renz gave an overview of our findings to Finsbury Glover Hering.

Economic imaginaries and the withdrawal of state law from determining sex.  17 March 2021.  Davina Cooper spoke at this virtual seminar hosted by the Centre for Law and Social Justice, University of Leeds.

Sex-based rights v gender-as-identity: The challenge for contemporary feminism. 17 February 2021.  Discussion organised by the LEX network.  This facilitated discussion, with an introduction from Davina Cooper,  explored core dimensions of sex-based rights feminism and gender-as-identity. These two frameworks, currently locked into a divisive dispute, have come to dominate gender politics in the UK. What are their differences and common ground, why have they emerged in the recent period, what gender perspectives and politics have become marginalised as a result, and what might feminist aspirations for gender’s futures be?

The Fawcett Society, East London group.  Virtual monthly meeting.  2 June 2020.  Davina Cooper was invited as a guest speaker to talk about the project and questions around gender.  Details here.

What if the state no longer sexed us?  The implications of reforming legal gender status.  8 November 2019.  King’s College London. Part of the ESRC Festival of Social Science,  2-9 November 2019.

What if the state no longer sexed us?  The political implications of abandoning a regime of assigned sex/gender status.  6 Sept 2019.  Department of Law and Legal Studies, Carleton University, Ottawa, Canada. Davina Cooper presented this paper as part of the JurisTalk series.  Responses were given by Ann Cvetovich (Director, Pauline Jewett Institute of Women’s and Gender Studies), Stacy Douglas (Law and Legal Studies) and Lara Karaian (Criminology and Criminal Justice).  Details here.

What if the state no longer sexed us?  The Centre for Feminist Legal Studies, University of British Columbia, Canada.  27 Aug 2019.  Davina Cooper.  Further details here. 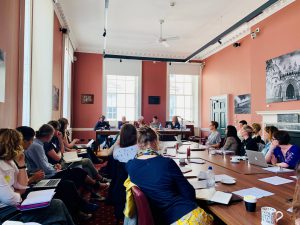 On 20 June 2019, the FLaG team hosted an academic colloquium, to discuss some of the early analysis arising from the different strands of the project, in conversation with critical, interdisciplinary, theoretically-engaged academic scholarship.  Thank you to everyone who contributed to the discussion throughout the day. 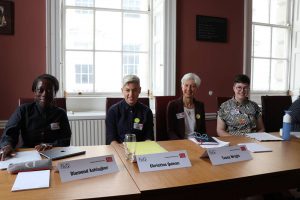 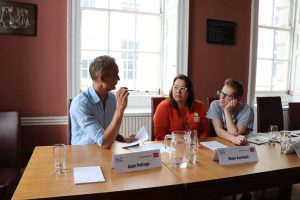 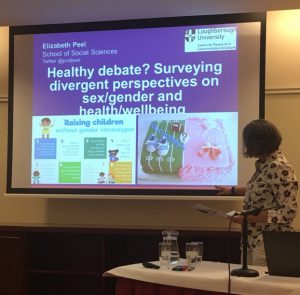 Contested Criticality and Gender Agendas.  Psychology of Sexualities Annual Conference.  London. 4 July 2019.  Paper presented by Elizabeth Peele.
The Regulation of Non-binary Identities and the Future of Legal Gender. UCU LGBT+ Research Conference.  University of Manchester.  17 May 2019. Paper presented by Flora Renz.
What should we do with the public life of gender?  Kent Law School.  14 May 2019. Davina Cooper.   Seminar hosted by the Centre for Sexuality, Race and Gender Justice.
Reclaiming the Public Place of Gender in Critical Accounts of its Future.  Brunel Law School.  8 May 2019. Paper presented by Davina Cooper. 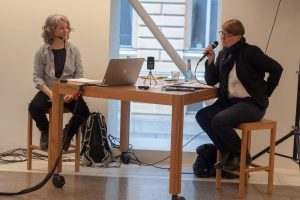 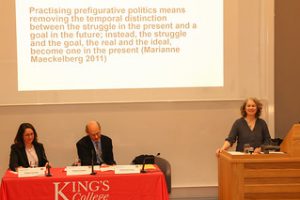 Gender, Craft, Law and Politics:  Notes for an Ethnography of Legislative Drafting. University of Oxford. 25 Feb 2019.  Seminar by Emily Grabham. 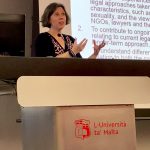 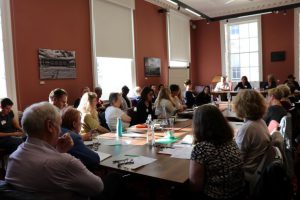 On 9 October 2018, FLaG co-hosted its first event at The Dickson Poon School of Law, King’s College London, with the Equality and Diversity Forum, a national network of organisations working across all areas of equality and human rights (now called Equally Ours). Around 35 EDF members attended, including organisations working in the fields of healthcare, housing and education, and those focusing on equality for women, people with disabilities, the elderly and LGBT people.   For further details and photographs see here.