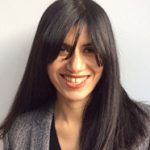 Samia Bano is a Reader in Family Law and Law, Multiculturalism and Rights at SOAS, University of London. Samia’s research interests include the practice of Muslim family law in the UK and Europe, multiculturalism, citizenship, Islamic jurisprudence and human rights and issues concerning the rights of Muslim women and gender equality. She has published widely in this field. Her most recent book, (ed.) Gender and Justice in Family Law Disputes: Women, Mediation and Religious Arbitration, was published by Brandeis University Press in December 2017. Samia is currently working on two book projects: Sharia Councils and Muslim Feminist Methodologies (Palgrave MacMillan) and  Cultural Expertise and the Law (Routledge), both due to be published in 2019. She has also worked as a researcher on a number of social and policy projects and acts as an advisor for a number of working groups.

Kath Browne is a Professor of Geographies of Sexualities and Genders at University College Dublin.   Her key areas of interests focus on feminist and queer geographies. Her research projects and writings circulate around lesbian, gay, bisexual and trans spaces, needs and lives, resistances to sexual and gender equalities, feminist spaces and feminist and queer methodologies.

Sharon Cowan is Professor of Feminist and Queer Legal Studies in the School of Law, University of Edinburgh. Her research focuses on feminist and queer legal theory, sex-gender and sexuality, sexual violence and the criminal law, and asylum and refugee law. Currently she is working on a project with trans people asking about their experiences of equality; and is a co- coordinator of the Scottish Feminist Judgments Project. 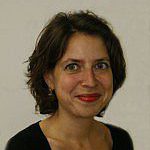 Moira Dustin is a Research Fellow on the SOGICA project in the School of Law at the University of Sussex. SOGICA is a four-year socio-legal European Research Council project looking at the experiences of LGBT+ people claiming asylum in Europe. Before joining Sussex in 2016, Moira was Director of Research and Communications for the Equality and Diversity Forum, a pan-UK network of equality and human rights NGOs, where she coordinated the EDF Research Network of academics and NGOs working on equality and human rights. She has worked at the Refugee Council and as a freelance sub-editor. Her main areas of interest and understanding are feminism, multiculturalism, asylum, sexuality, equality and human rights.

Ali Harris is the Chief Executive of Equally Ours.  She was previously  Head of Equality Strategy at Citizens Advice,  and has twenty years of leadership experience from organisations like Oxfam and Stonewall. 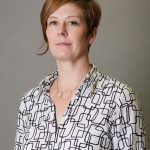 Cressida J. Heyes is Professor of Political Science and 2006-2017 Canada Research Chair in Philosophy of Gender and Sexuality at the University of Alberta, Canada. She writes and teaches in feminist philosophy and contemporary social and political theory and has long been interested in how regulatory and classificatory practices generate social categories as well as describe them. She is the author of Self-Transformations: Foucault, Ethics, and Normalized Bodies (Oxford University Press, 2007) and Line Drawings: Defining Women through Feminist Practice (Cornell University Press, 2000); her latest book, tentatively entitled Anaesthetics of Existence: Essays on Experience at the Edge, is forthcoming. Many of her essays can be found at www.cressidaheyes.com. 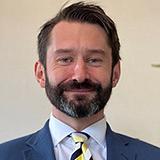 James Lee is Professor of English Law and Vice-Dean (Education) at The Dickson Poon School of Law, King’s College London. James’ main research interests are in judicial reasoning, law reform and private law. He is particularly interested in the role of institutions and individuals in legal change. He is an Associate Academic Fellow of the Honourable Society of the Inner Temple and an Academic Member of the Property Litigation Association, the Chancery Bar Association and the Property Bar Association. With Jamie Glister, James is the co-editor of Hanbury & Martin: Modern Equity (22nd edition, forthcoming 2021). 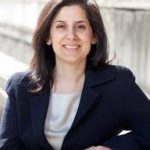 Maleiha Malik is a Professor in Law at The Dickson Poon School of Law, King’s College London.  Her research focuses on the theory and practice of discrimination law.  She has written extensively on discrimination law, minority protection and feminist theory and is the co-author of a leading text titled Discrimination Law: Theory and Practice, which was published in 2008 by Sweet & Maxwell.  Maleiha’s current research focuses on discrimination law in the ASEAN region as well as the intersection between sexual and cultural equality, and it explores the adjustments that may need to be made to feminist theory to accommodate increasing cultural pluralism.  She teaches courses in Jurisprudence and Legal Theory, Discrimination Law and European Law to undergraduate and postgraduate students. 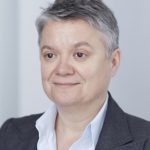 Karon Monaghan is a barrister at Matrix Chambers.  She practises principally in the fields of equality and discrimination law, human rights and EU law.  Her work spans the fields of employment law, civil actions, judicial review and inquests. She has appeared in numerous cases at appellate level, including in the Court of Appeal and Supreme Court and (on references under Art 267, Treaty of the Functioning of the European Union) in the Court of Justice of the European Union. 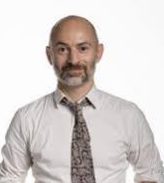 Daniel Monk is a Professor of Law at Birkbeck, University of London. Adopting different methods, his research has explored a wide range of issues at the interface of law and childhood and sexuality and families. 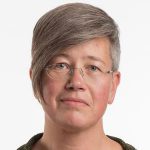 Sasha Roseneil is Professor of Interdisciplinary Social Science and Dean of the Faculty of Social and Historical Sciences at University College London.  Her research spans sociology, gender and sexuality studies, and psychosocial studies, and she has written widely on intimacy, personal life and social change, as well as on feminist politics, social movements and citizenship. She is also a group analyst and psychoanalytic psychotherapist. 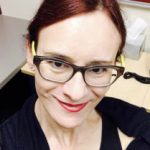 Alex Sharpe is a Professor of Law at Keele University and a human rights barrister at Garden Court Chambers, London.  She has been researching and writing about trans/law issues for over 20 years and is the author of Transgender Jurisprudence: Dysphoric Bodies of Law (Cavendish, 2002), Foucault’s Monsters and the Challenge of Law (Routledge, 2010), and Sexual Intimacy and Gender Identity ‘Fraud’: Reframing the Legal & Ethical Debate (Routledge, 2018). Alex sits on the International Legal Committee of the World Professional Association of Transgender Health, a law reform body that makes third party interventions in trans litigation worldwide, and she has been cited judicially by the European Court of Human Rights as well as by courts in various domestic jurisdictions.

Dean Spade is an associate professor at the Seattle University School of Law. In 2002, he founded the Sylvia Rivera Law Project, a non-profit collective that provides free legal help to low-income people and people of colour who are trans, intersex and/or gender non-conforming and works to build trans resistance rooted in racial and economic justice. He is the author of Normal Life: Administrative Violence, Critical Trans Politics and the Limits of Law (Duke University Press 2015). His video projects and writing are available at www.deanspade.net. 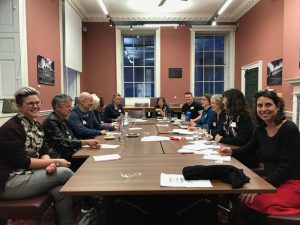