At the start of the project, we received a number of questions about our use of the terms gender and sex.  We therefore wanted to elaborate on how we are using these terms and to answer some of the questions sent to us.  This Q &A was put together in February 2019. 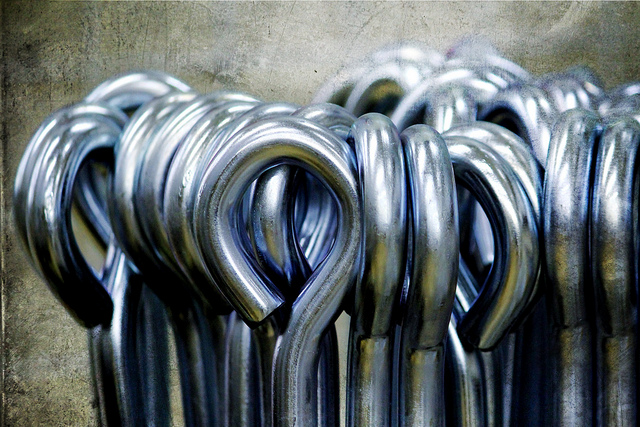 We should start by emphasising that FLaG is not an advocacy project. Its aim is to explore the complex issues surrounding how legal personhood is gendered, including through the terms of sex.

Question:  We are not assigned a legal gender at birth.  We are born a sex which is recorded at birth… It’s not a notion that we are born a sex, it’s a scientific fact

In talking about the “legal assignment of gender”, we are interested in how people are recognised by a legal system, and given a certain place within that system, as a result of the sex they are recorded as having at birth or as a result of legally recognised changes at a later date.

One controversy raised by this question is whether a pre-existing sex is merely recorded, or whether sex is assigned, or something in between. This project explores the different ways people understand these issues. For some, sex is a scientific fact of bodily difference on which gender is imposed. For others, gender provides the framework within which bodies are given meaning as being either one sex or another, and sometimes not comfortably either.

While views differ on the meaning of sex and its relationship to gender, views also differ on the significance of sex. For some people, the imperative is to recognise how two stable sexes, differentiated by their reproductive capacities, experience the world, where one class of sexed bodies, females, routinely experiences domination from the other class, males. For others, these relationships are more provisional, and affected by histories of class, race, and imperialism among other factors.

What counts as sex, in law, can and also does change. This is something transgender and intersex people have experienced as a result of litigation that brought definitions of sex to the fore. But if the concept of sex is not static, one issue is how it should develop in the future and the political implications of different pathways for its development.

The aim of this project is to explore different perspectives on these issues, as well as the different ways the terms of “sex” have been characterised, including as facts, beliefs, and claims. This means exploring the controversy over whether or not “sex” is a scientific fact (recognising people will also disagree about what it means for something to be a “scientific fact”).

Some may argue that what is currently happening with sex is that taken for granted assumptions that sex is a clear binary structure, governed entirely by biology, have been undermined. This means traditional understandings of sex no longer have the status of facts for everyone. At the same time, other people are asserting other facts about sex and gender. This project seeks to explore these positions and others.

Question: What do you mean by “legal gender” in a UK context?

Our project uses the term “legal gender” in its sociolegal sense as an umbrella term for the different ways gender’s terminology is encoded in law. This includes the use of words in legislation and case-law such as sex, man, woman, mother, father, wife, husband etc.

By having sex registered at birth, people enter a legally gendered world. Their actions, choices, and freedoms are shaped by laws – some of which explicitly or implicitly differentiate on gendered grounds. This legal gendering used to be far more comprehensive, with many areas of criminal, labour, and family law, for instance, distinguishing on grounds of sex. Today, law and public policy in England & Wales (the primary jurisdiction of our project) continue to be gendered, but it is often a less explicit process and so depends on how gendered social practices and decisions are affected by law. One example is the divergent effects of parental leave provisions on men and women’s care-giving and employment trajectories. Gender-neutral law means the gendered effects cannot be determined from the legislation alone, but it does not mean they have disappeared.

Question: Are you using “gender” and “sex” to mean the same thing?

One difficulty our project faces is that sex and gender are being used by activists, scholars, and policy-makers in divergent ways. Within feminism, in the 1980s and 1990s, a critical language for talking about inequality shifted from focusing on sex to focusing on gender. This latter term was deemed a better way of expressing the social (rather than biological) character of inequality. Gender was also a more hopeful term since, as a social process, it suggested that gender could be abolished or radically changed (in ways that sex could not be). Progressive law and public policy largely followed this transition in terminology.

In the last few years, some feminists have returned to the language of sex because it appears to describe stable biological differences. Some want sex to be the primary legal term; some want to have two terms, gender identity and sex, to distinguish between what they identify as biological and social categories of difference. Other activists and policy-makers focus on gender, arguing that it is one’s lived gender status (or identity) which should prevail as a legal category, and that sex has become redundant or misleading in this context.

One question for our project is whether it is helpful for English law and public policy to use both sex and gender; and if it is, how and where should they be differentiated?  This is a complex question given our project is not just looking at equality law but at the presence of gendered terms in other areas of law also. The terms that make sense for equality law may not be the best terms for healthcare policy and planning, for instance.

The challenge for FLaG is to understand rapidly changing linguistic uses; the implications of different uses for law and public policy; and to explore ways forward.

We are also aware that in some languages and jurisdictions there is only one word for both sex and gender. Our project seeks to learn from other languages and legal systems in thinking about how the differences in English between sex and gender might be addressed.

Question: Gender just means which sexist stereotypes you prefer to follow and is nothing to do with which sex you are.  Gender is chiefly a social construct and is essentially based on a feeling.

The language of gender traditionally suggested certain sexed bodies should live a particular kind of life; have particular work, interests, and desires; and behave in particular ways. Feminists identified this as problematic for several reasons. They disagreed that certain packages of gendered attributes went with certain sexed bodies (nothing could or should be assumed about women just because of their sex); they disagreed with the assumption that certain characteristics necessarily accompanied each other, e.g., wearing skirts went with doing caring work; they stressed the importance of recognising gendered forms of domination; and they adopted a critical approach to some of the values associated with maleness and masculinity, such as exercising authority or sexual control.

Our project aims to explore different perspectives on what gender means and also what it could come to mean. It recognises the struggles some people face in living gender-defined lives when their gender identities are not socially accepted. People’s attachments to gender, and their feelings of “having” a gender, vary considerably. The project is interested in the different levels and kinds of attachment people have and the forms that they take. Some people may be very attached to a gender identity, including a non-binary one. Others may identify as female or male but do so far more ambivalently, recognising their gender as an externally imposed category towards which they have minimal or no positive attachment.

The project recognises feminist concerns about gender-based socialisation, stereotyping, and the assumption that certain gender qualities should (or necessarily do) go together. In exploring what the implications might be for “deregulating” gender in law, the project is attuned to earlier critical analyses by feminists of the androcentric character of gender neutrality – where neutrality means people are assumed to live and expected to live according to male norms. This can ignore the more relational and care-based lives of women. But rather than affirming an alignment between women and care, the critique of androcentric norms is also a critique of the over-valuation given to the ostensibly autonomous, self-directing liberal subject. Many feminists have argued that relationships and care are important values to recognise and sustain – not as responsibilities for women but for everyone.

This project recognises that “feeling” may be an important dimension of some accounts of gender: where for some, feeling is a reason to be critical of gender, while for others, it is a reason to respect it. But we are also concerned to stress, as part of our critical analysis of gender, the ways societies and not just people are gendered. The gendering of law, politics and domestic life, among other things, is a complex issue that has become somewhat neglected in the current focus on gender as something that belongs exclusively to people – whether as an intimate part of who we are or as something imposed through socialisation.

Earlier feminist writing explored gender from a society-centred perspective, developing terms such as social system, regime, and organising principles, among others. This work also recognised that the ways gender shaped and saturated social life could not be understood apart from systems, regimes and organising principles based on other forms of social organisation, including race and class. This complexity is crucial for the work of our project.

Question: Is your project pro-self-ID?

Our project is neither straight-forwardly in favour of nor against sex and/or gender being defined purely by individuals themselves. We recognise that how individuals, groups and social systems, including the law and legal frameworks, understand sex/gender is complicated. And we want to avoid reducing the terms of sex or gender to a single understanding. As a research project we are attentive to the conceptual, political, economic and cultural issues raised by self-Id, and aim to produce analyses that offer new ways forward using feminist theories and different methods.

The Equality and Human Rights Commission issued a Statement on Sex and Gender Reassignment: Legal Protections and Language (July 2018).

Some other organisations published position papers, to help inform public debate and/or their own response to the consultation; see for instance the Fawcett Society’s Q&A on Sex, Gender and Gender Identity.